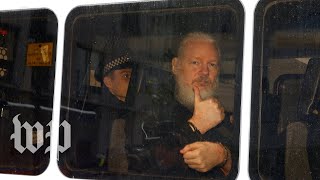 Bail Bond News - Julian Assange sentenced to prison. Here is what you need to know about Julian Assange, the WikiLeaks founder who a British court sentenced to 50 weeks in prison May 1. Need fast jail release in Miami? Miami Bail Bonds To his supporters, Julian Assange is a valiant campaigner for truth. To his critics, he is a publicity-seeker who has endangered lives by putting a mass of sensitive information into the public domain. Mr Assange is described by those who have

Why You Need a Bail Bond Agent

Miami Bail Bond News - What happens when you are arrested?

What is a Bail Bond?

Is a Bail Bond Returned?

What is a Bail Bonds Agent

What Happens After Someone Is Arrested On DUI Charges in Miami Dade?

Have a Warrant Issued in Miami?

How Much is Bail for Domestic Violence in Miami?